Flood Doctor were contacted in March 2021 to attend a residential property to locate moisture and moisture migration, following an ingress of water.

Further investigations located the escape of water to the communal waste pipe in the adjacent en-suite.

Due to the ingress of water coming from the waste pipe, the affected building materials have also potentially been contaminated with harmful bacteria and pathogens (sewage).

The floor in the property is a layered floating construction and consists of a concrete slab, acoustic membrane, thermal insulation (Kingspan), UFH system, and screed floor. Various floor coverings have been installed throughout the flat.

Timber edging has been installed around the perimeter of each room. 12.5mm plasterboard walls have been built on top of the concrete slab. The base of the walls are therefore 70-100mm below the surface of the screed floor.

A Moisture Content (MC) reading of up to 6.4% was recorded along the exposed screed floor in the bathroom. Compared to 2.2% MC in the bedroom. The concrete slab also recorded very high moisture readings of up to 6.2% MC.

The water had travelled approximately 4 metres from the source of the leak, into the W.C.

The lower walls and floor in the W.C had sustained water damage and mould contamination.

Due to the thickness of the tiles in the en-suite and kitchen, we were unable to obtain accurate moisture readings using non-invasive methods.

We were therefore uncertain whether the black water had spread into those areas. There was also the possibility that the water had migrated into the hallway.

The contaminated water could be trapped within the sub-floor void below the acoustic membrane, thermal insulation or vapour barrier.

To establish if this is the case, we recommended installing in-depth relative humidity probes, which would provide us with moisture readings at depth. The probes would be installed in the floor and through the base of the walls into the sub-floor void in the hallway and kitchen.

By obtaining moisture readings from the above locations, we would be able to establish the spread of the water and put forward an accurate scope of remedial works.

In total, six in-depth probes were installed, the probes were left in situ for 24 hours before readings were taken.

Probe 1 - We used the exposed wall cavity as an entry point to drill into the kitchen floor below base units from the en-suite side.

Elevated moisture readings were detected in this section of the kitchen floor, indicating that some of the black water has spread into this area.

Probe 2 - Using a thermal imaging camera, we identified the location of UFH pipes and drilled through layered construction of the floor until we reached the concrete slab.

Acceptable moisture levels have been recorded in this location, indicating that the water had not spread from the en-suite into the master bedroom.

Probe 3 - Using a thermal imaging camera, we identified the location of UFH pipes and drilled through layered construction of the floor until we reached the concrete slab.

Very high moisture levels were recorded in this location, indicating that the water had spread into the master bedroom from the WC. Possibly via studwork dividing the en-suite and W.C or migrated under the acoustic membrane.

Probe 4 - When drilling at the screed level in this location we encountered an object buried within the floor and were unable to continue. Since the nearest UFH pipe was located approximately 20-30 cm away, it may have been a waste pipe or a stone. As such, readings recorded may not be accurate as we have not drilled all the way to the concrete slab. This section of the floor will need to be manually excavated and investigated further.

Moisture readings recorded were within acceptable levels. However, as mentioned above, this needs to be investigated further as we have not drilled all the way to the concrete slab.

Probe 5 - We used the exposed wall cavity as an entry point to drill into the hallway floor from the W.C side.

Very high moisture readings were recorded in this location, which indicated that the water had spread into the hallway.

Probe 6 - We used the exposed wall cavity as an entry point to drill into the kitchen floor from the W.C side.

Very high moisture readings were recorded in this location.

Based on the results of both surveys and moisture readings obtained by using a remote monitoring system, we conclude that the water has penetrated to some extent into the master bedroom, hallway and kitchen. In addition to the rooms we already knew had been affected.

As very high moisture readings were recorded in the master bedroom beside the W.C door, we also concluded that the readings obtained from probe 4 are most likely inaccurate as the water could have migrated below the layer of acoustic membrane.

Although we had now established, without causing any damage to the floor coverings in the hallway and kitchen, that the water has spread into these rooms, it wasn’t clear how far the water/moisture has migrated.

To return the affected indoor environment and building construction/materials to pre-incident conditions and to ‘normalise’ those associated risks (where reasonably practicable). We produced the following remediation proposal.

• All sanitary units to be removed and set aside for re-use.

• Wall tiles and floor tiles to be removed to facilitate sanitation and drying.

• Plasterboard to be removed from the lower walls to facilitate cleaning and sanitation of the wall cavities.

sanitation of the wall cavities.

• Floor covering to be removed from the hallway to allow for the flushing and drying process to take place.

• Plasterboard to be removed from the lower wall which divides the W.C and hallway.

• Plasterboard to be removed from the lower wall dividing kitchen and hallway.

drying of the floor.

• Plasterboard to be removed from the lower wall dividing the kitchen, W.C and en-suite.

• Floor tiles to be uplifted up to the kitchen island.

Once the above has been completed, all of the the areas will be treated with the following:

• All exposed surfaces to be cleaned and sanitized using a broad-spectrum biocide.

• ATP swab testing to be carried out to validate cleaning/sanitation methods.

• Due to the nature of the incident, the remediation programme will have to include flushing

through drilled holes directly into the sub-floor void.

• Collected water shall be tested for microbiological quality until an acceptable limit is achieved.*

*Due to the surfaces being made from porous materials (concrete, screed and insulation), it is not possible to physically clean inner pore surfaces. Therefore, the objective is to effectively reduce contaminants to an agreed acceptable level, which will not result in any secondary damage.

The removal of excess moisture – below the limit which will support active growth is considered a ‘method’ of disinfection.

Achieving a moisture limit below 65% relative humidity (0.65 water activity) shall form part of the remediation and drying process.

Drying equipment to be installed to complete the remediation process

Corroventa water separator WS4 ES - This equipment is designed to remove liquid water and contaminants. These are collected and pumped away for safe disposal.

Corroventa adsorption dehumidifier A4 ESX - This equipment produces high-quality, heated ‘dry-air’. It can be used for general ‘space-drying’ or may be used to deliver processed air directly to targeted surfaces or to constructions/materials.

Next Case Study »
Brick and Stone Cleaning for School in London 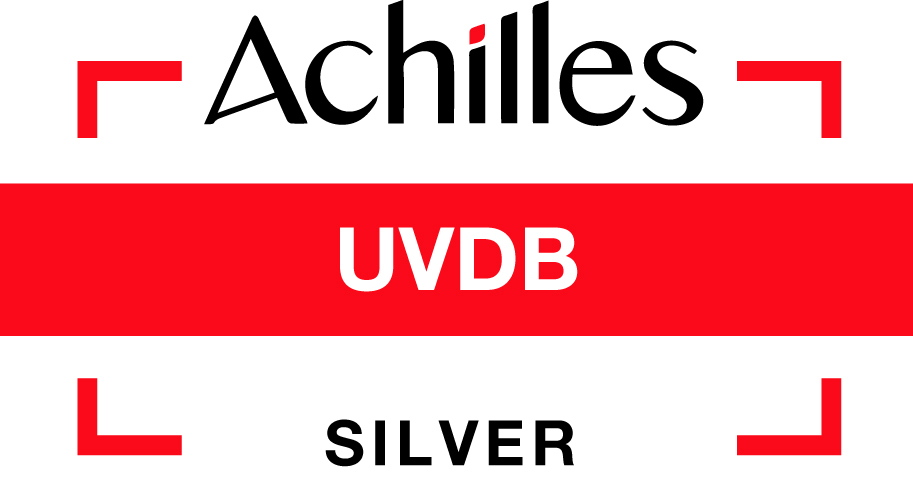